In Spring of 2016 Oscar and Einar started a Kickstarter campaign for a co-op U-boat game called “HMS Marulken”. HMS Marulken was merely a tech demo, but still managed to catch the eye of Neal Stevens, founder of Subsim.com, one of the largest online publications focusing on naval and submarine computer games.

Neal decided to get involved in the project and spent the summer of 2016 in Sweden. During his stay the team visited the last remaining type VII U-boat, located in Laboe, Germany. After a guided tour and hundreds of reference photos taken, the development of Wolfpack started. Neal left Sweden for Texas in the autumn, and the development has been progressing steadily since. Now, after almost three years of hard work, Wolfpack is finally going live on Steam.

Wolfpack is a U-boat co-op game, where a crew of players man the stations of a German type VII U-boat fighting in the Second World War.

Wolfpack is designed to compel the players to run the U-boat like a real machine. Each player controls a crew member with different duties and responsibilities. For example, to dive, the top hatch must be closed by the captain, the diesel engine must be turned off by the helmsman, the ballast vents must be opened by the crew, and the dive planes must be rotated by the dive officer.

There are similar systems for aiming torpedoes with the Torpedo Data Computer, for using the hydrophones and Enigma machine, and managing navigation and charting the enemy ships. We want the game to give the players plenty to do and put them in pressure situations where fast, smart decisions have to be made to survive.

Wolfpack is a realistic, first person, co-op U-boat game where one or multiple crews of players man the stations of a highly detailed German type VII U-boat during the Second World War. The crew will encounter large randomized convoys of merchants escorted by destroyers, sloops, and corvettes. Their objective is to intercept and sink enemy ships and escape undetected.

Each player mans a station in the U-boat, and the crew will need to cooperate in order to succeed in their mission. Unlike other submarine simulators, Wolfpack is designed for players to procedurally manage the submarine through direct, manual interaction with valves, levers, and instruments.

Each U-boat has up to five players: The captain, the helmsman, the dive officer, the radio man, and the navigator.

The radio man operates the hydrophone, radio, radio direction finder, and Enigma machine. The helmsman controls the U-boats heading and speed, and operates the torpedo data computer. The dive officer controls the depth using the dive planes, ballast and negative tanks and serves as a lookout and gunner for the deck gun and anti aircraft gun. The navigator calculates the position of the u-boat, and determines the best route to intercept enemy convoys. The captain is the commander of the U-boat, and gives orders to the rest of the crew.

All stations and instruments in the U-boat are carefully modeled after original pictures and sources, and kept as realistic as possible without compromising usability. The game contains a fully operational torpedo data computer, manual navigation tools, and ship recognition manual. 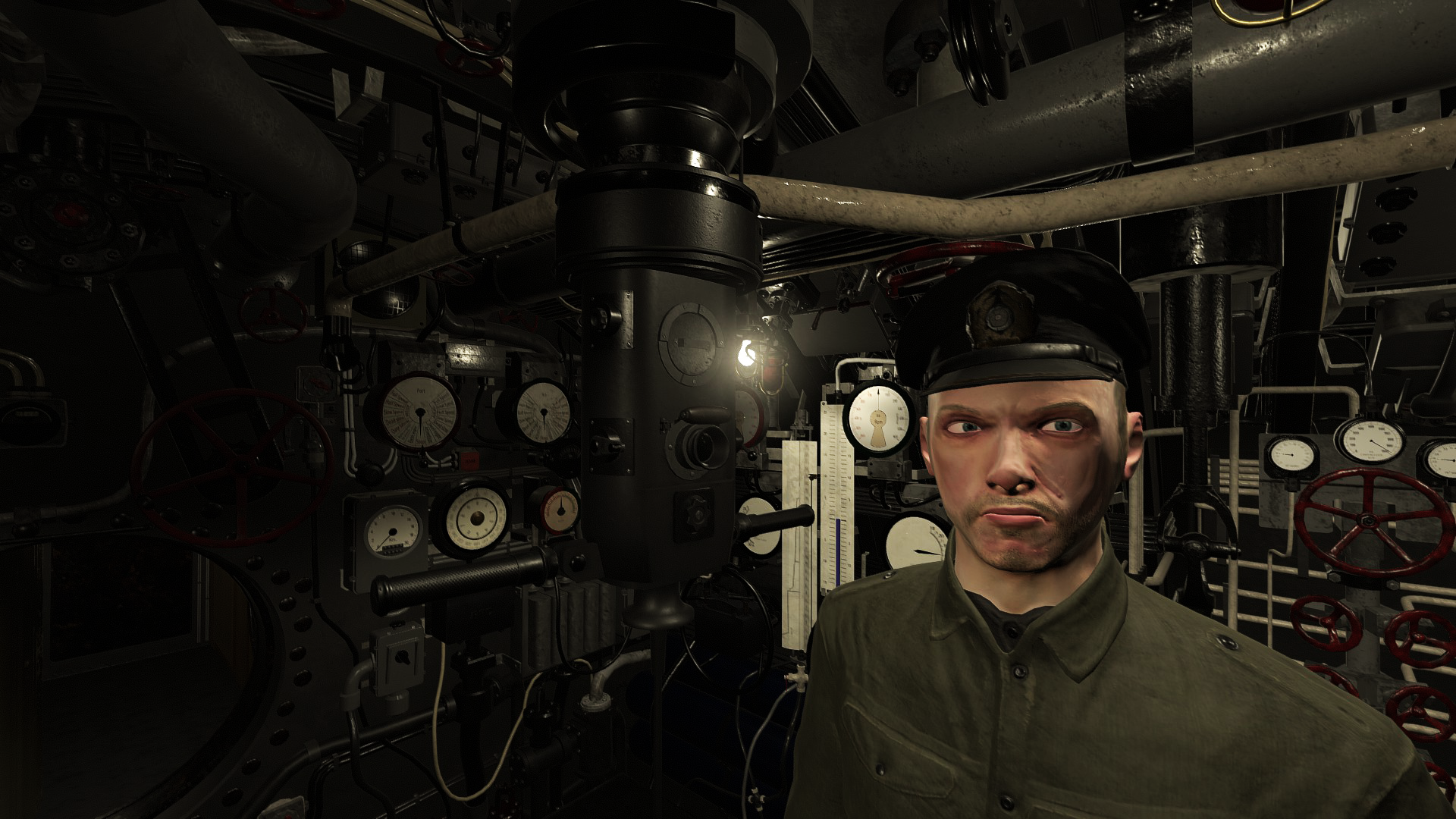 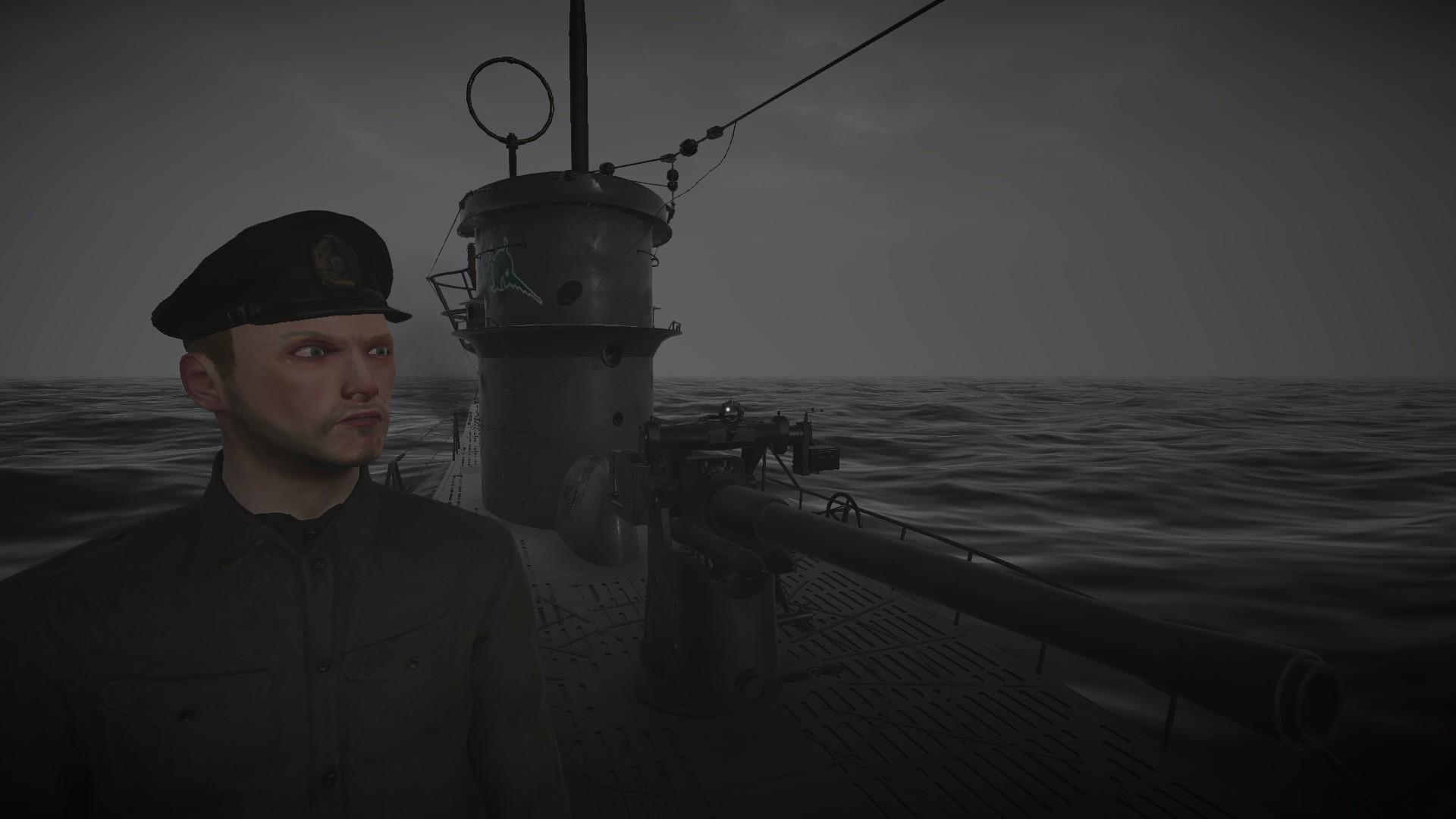 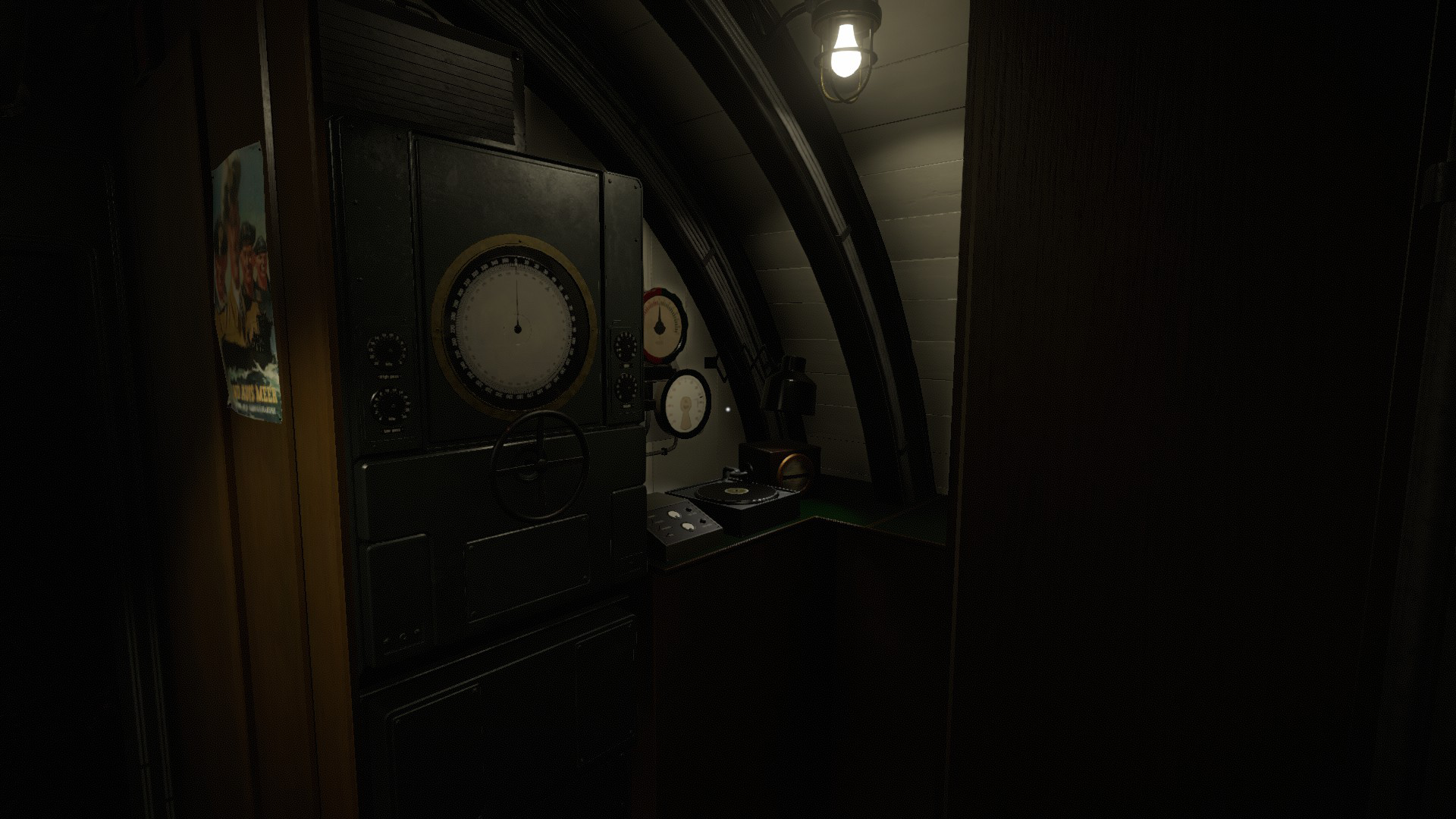 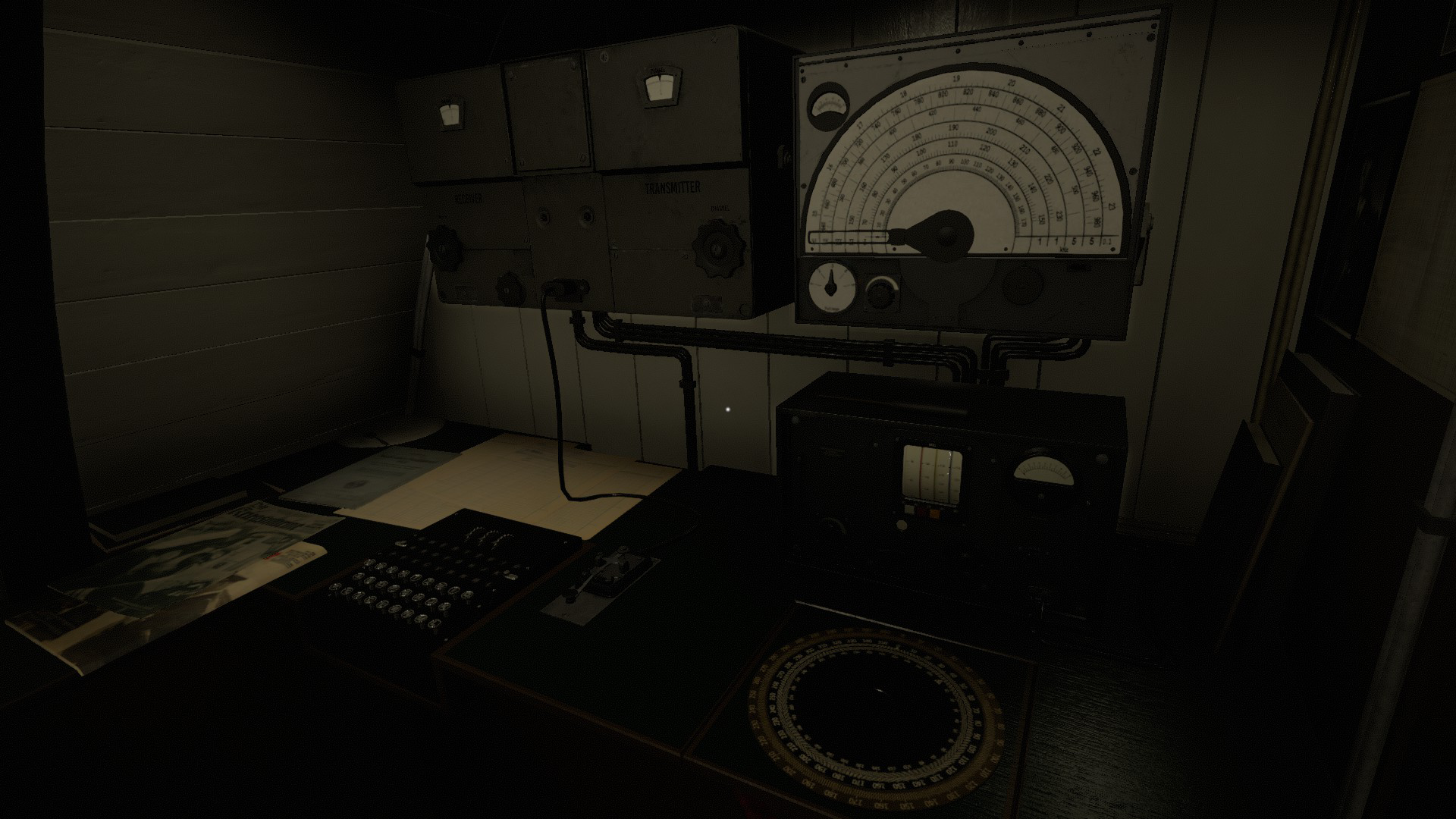 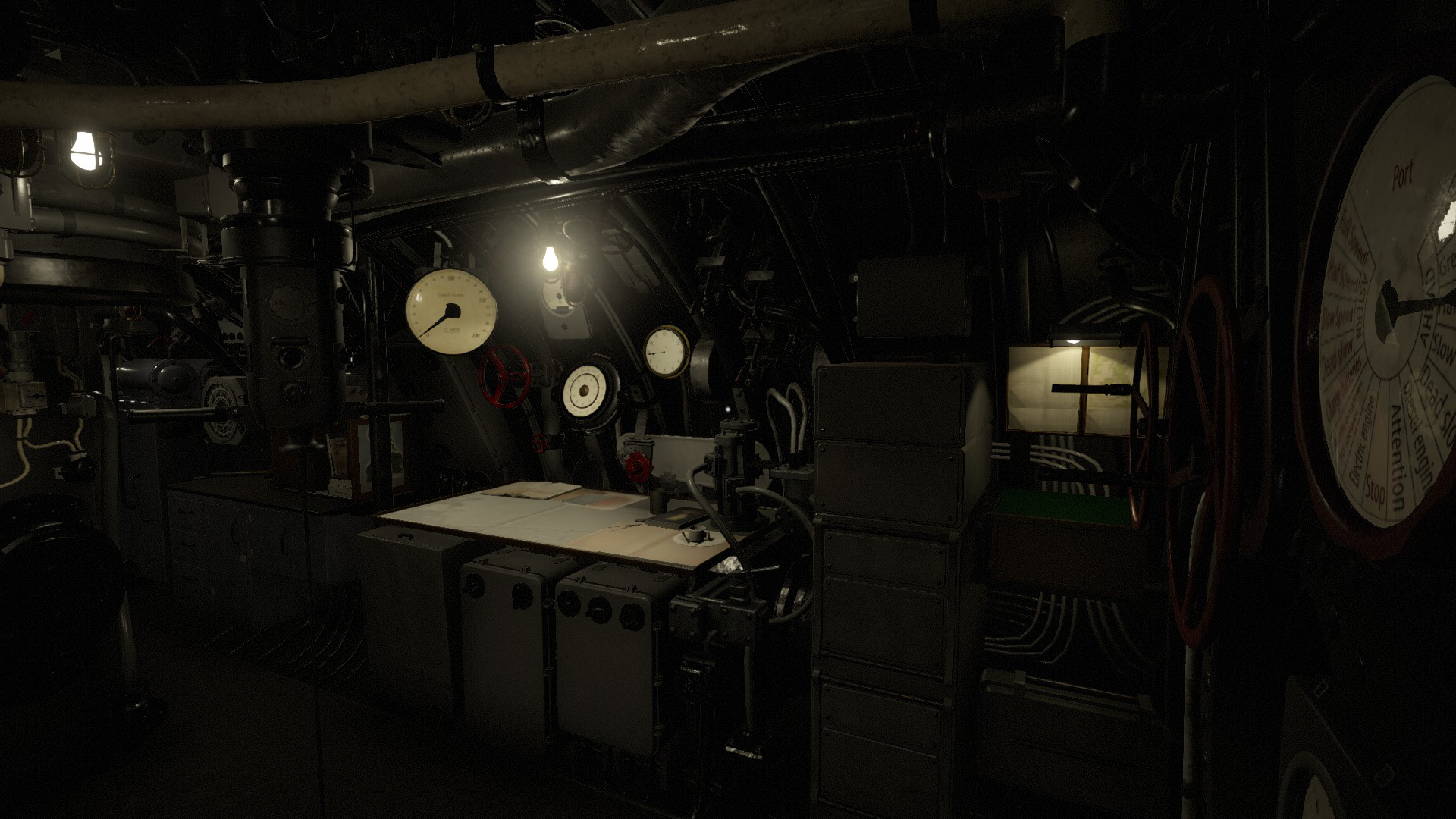 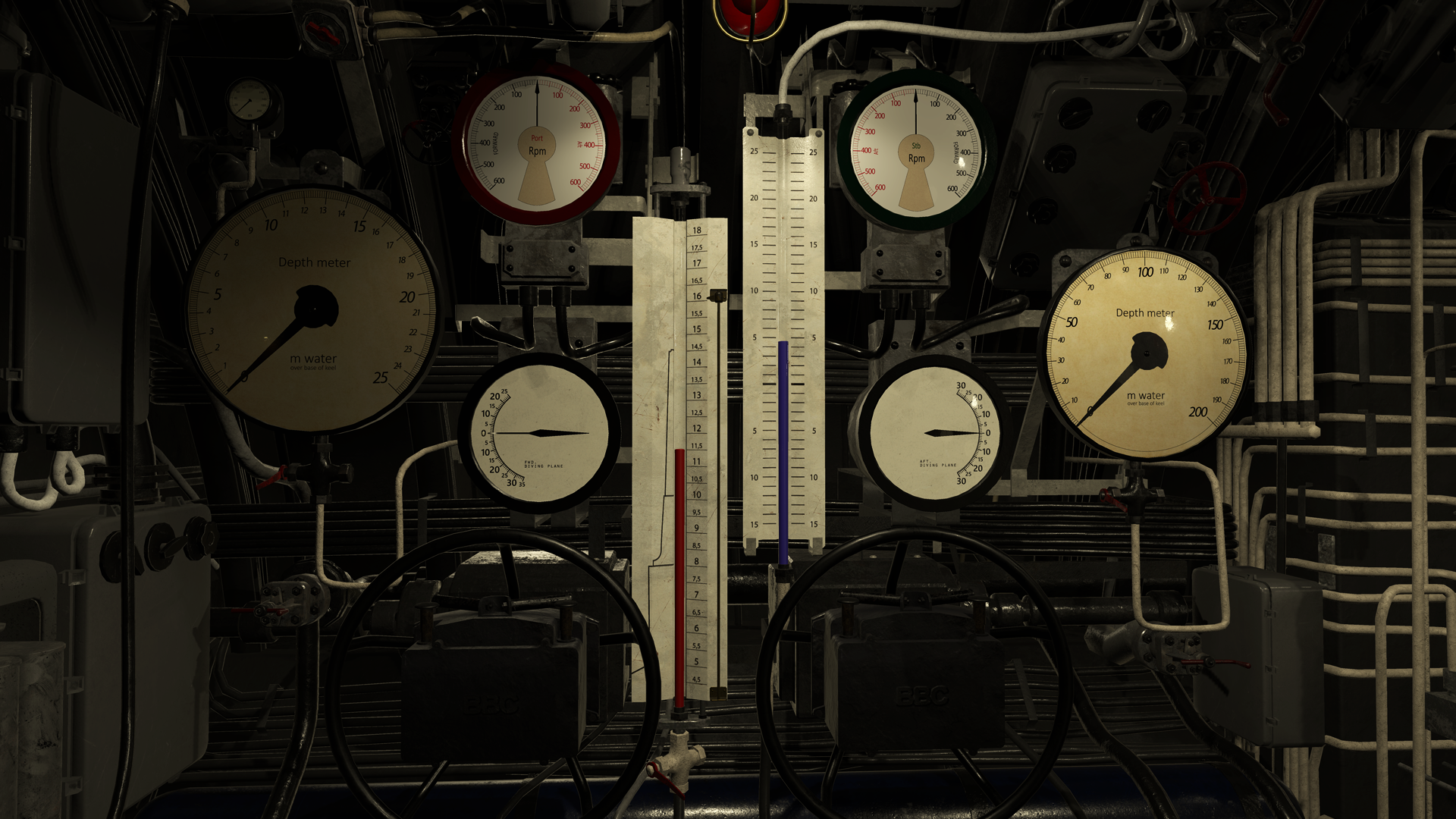 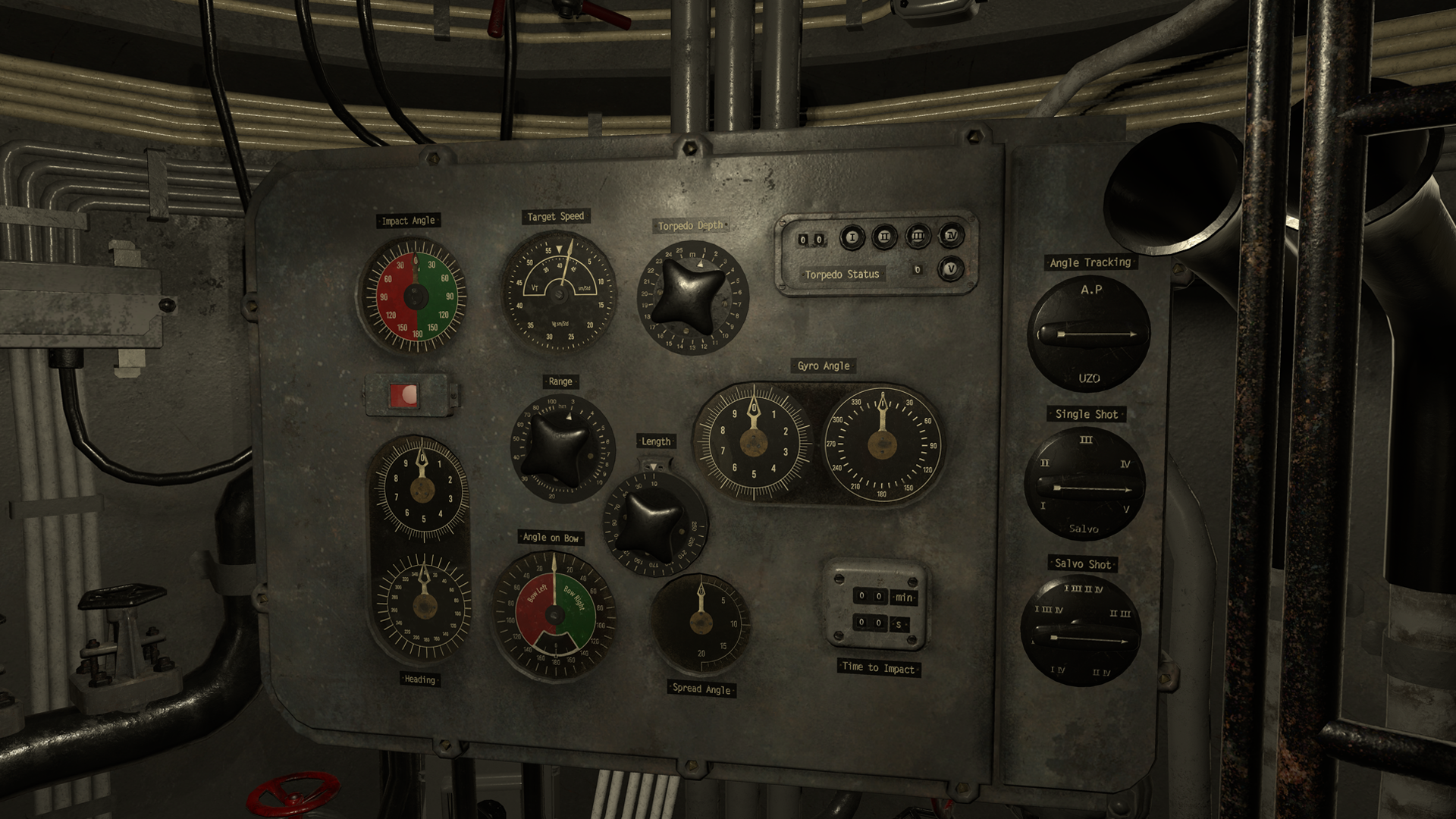 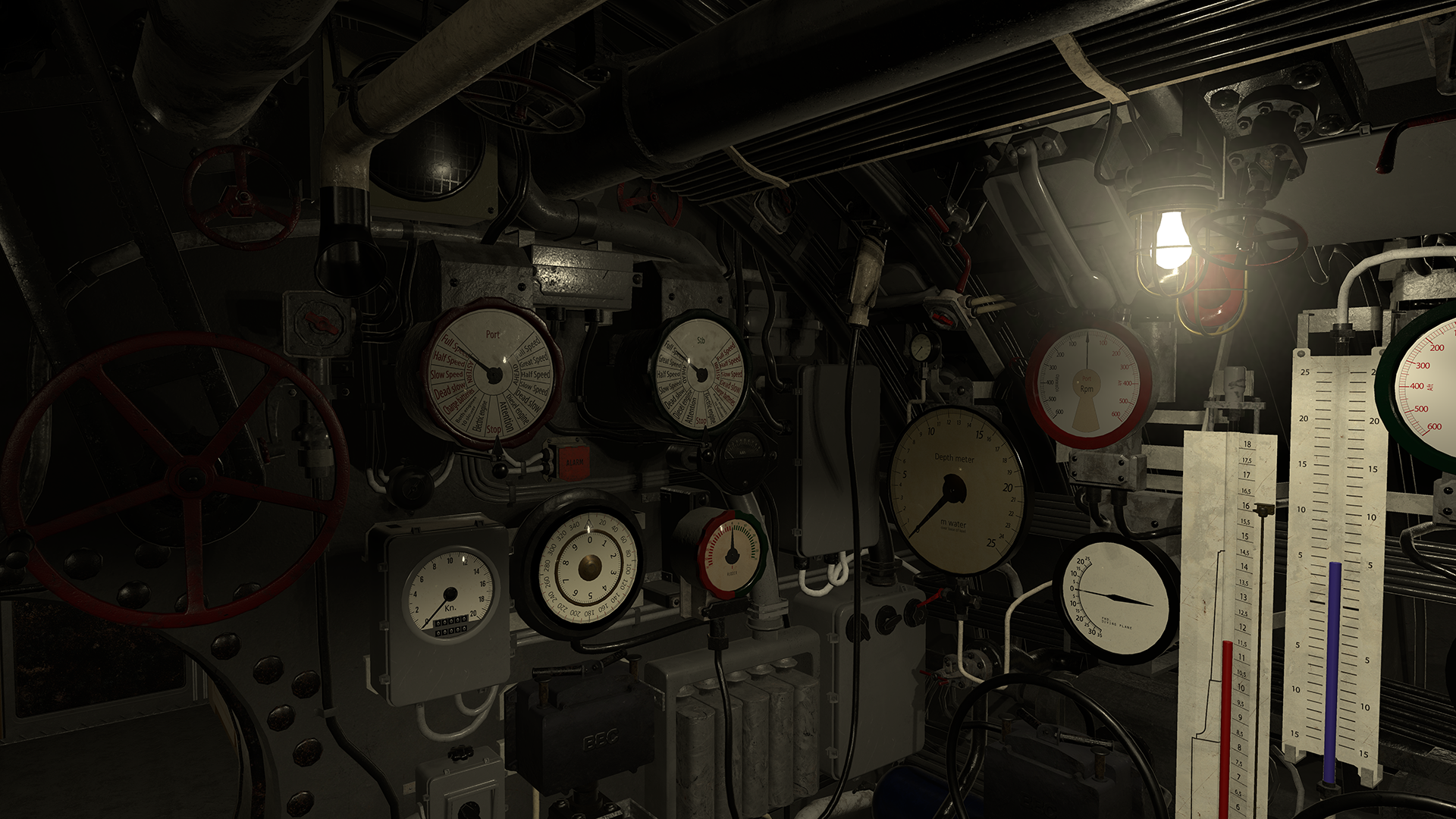 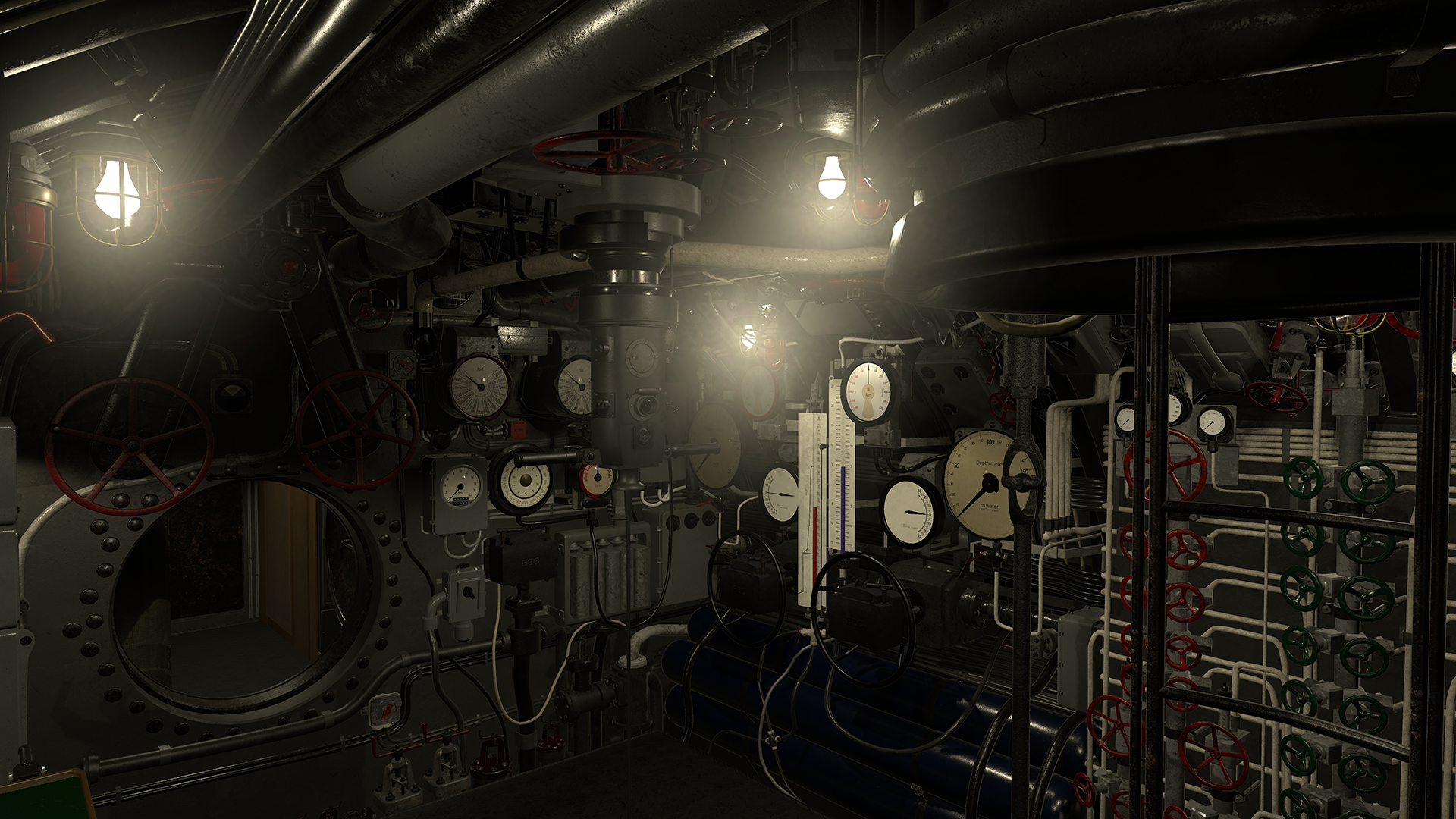 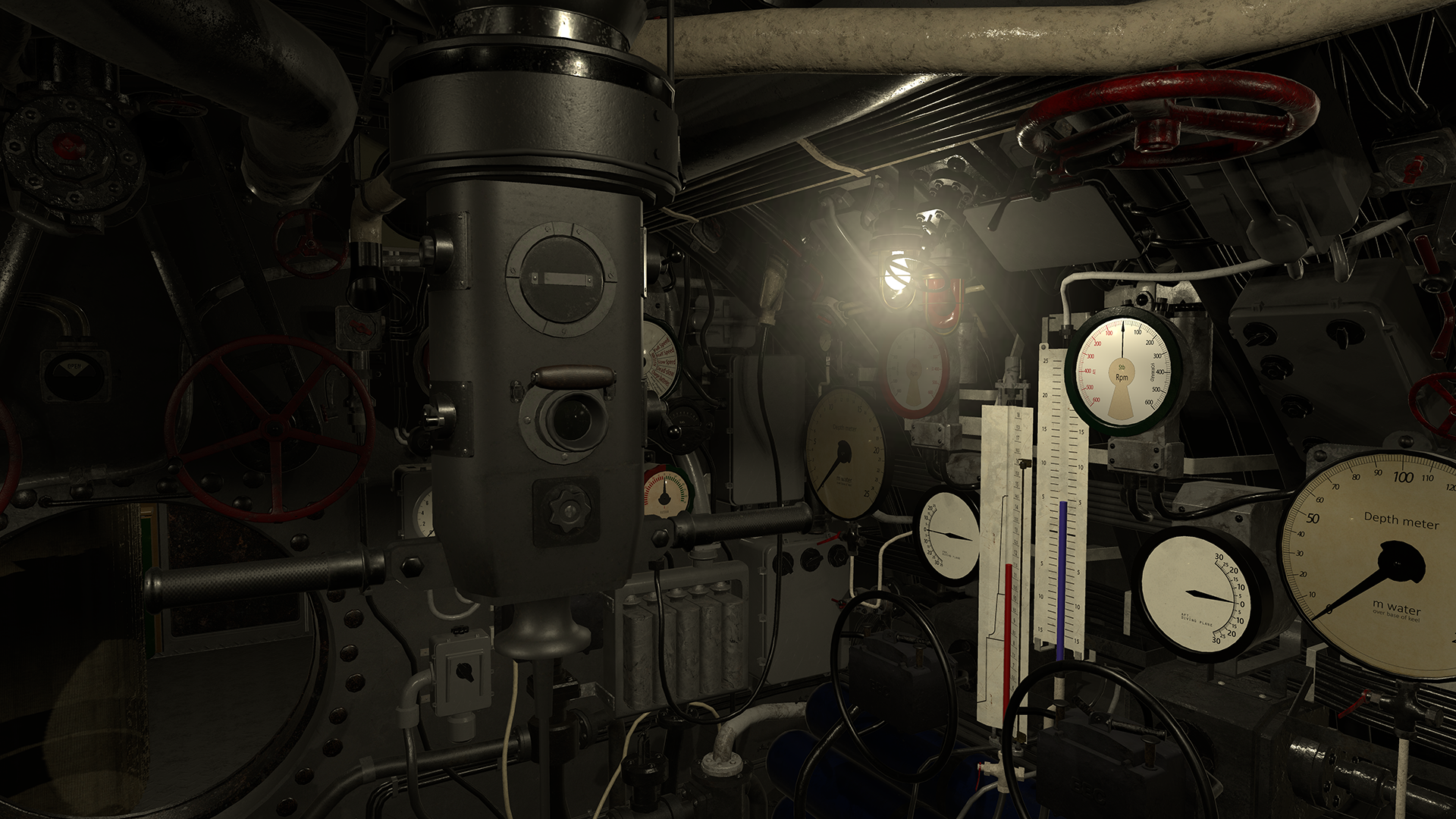 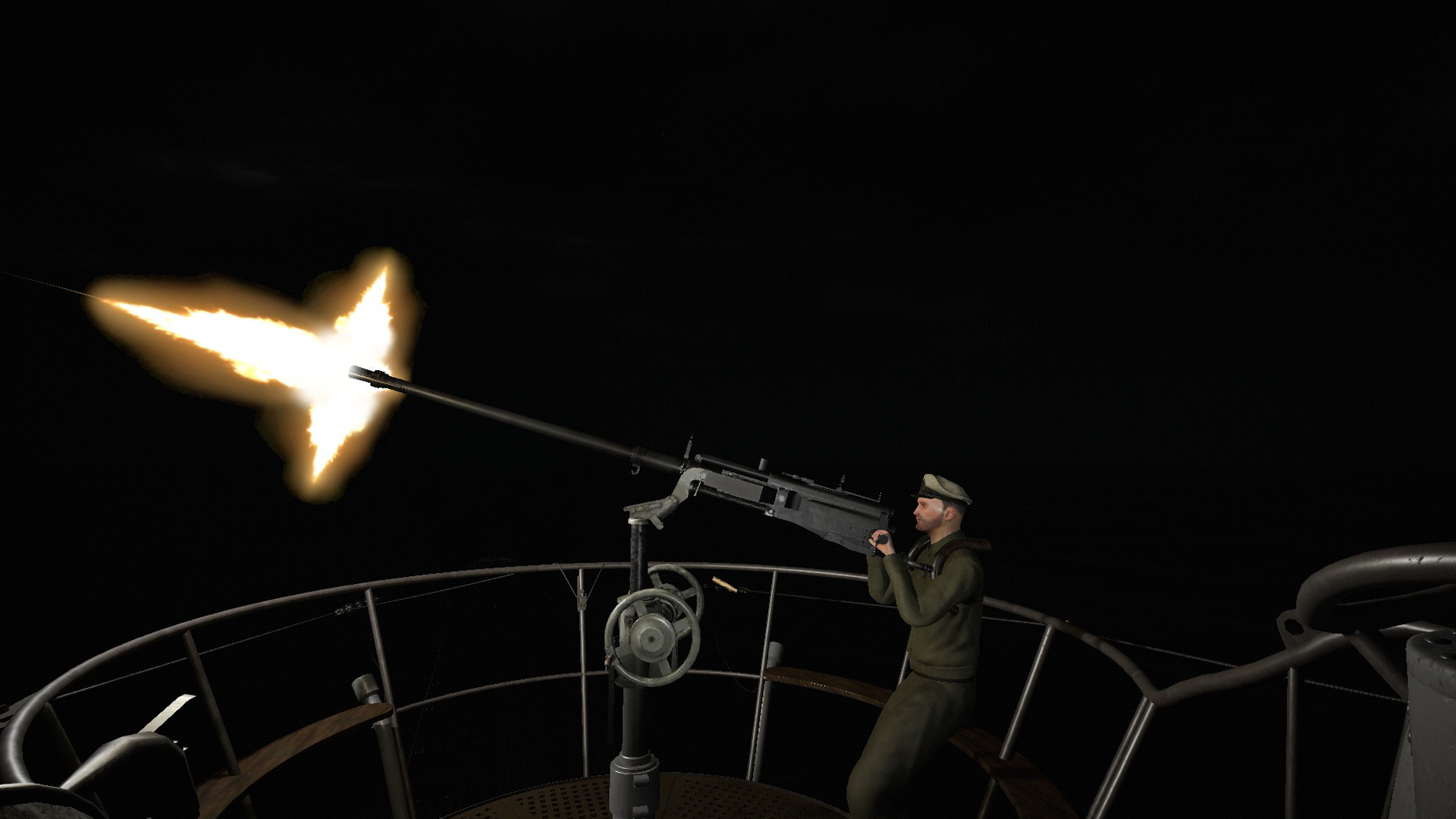 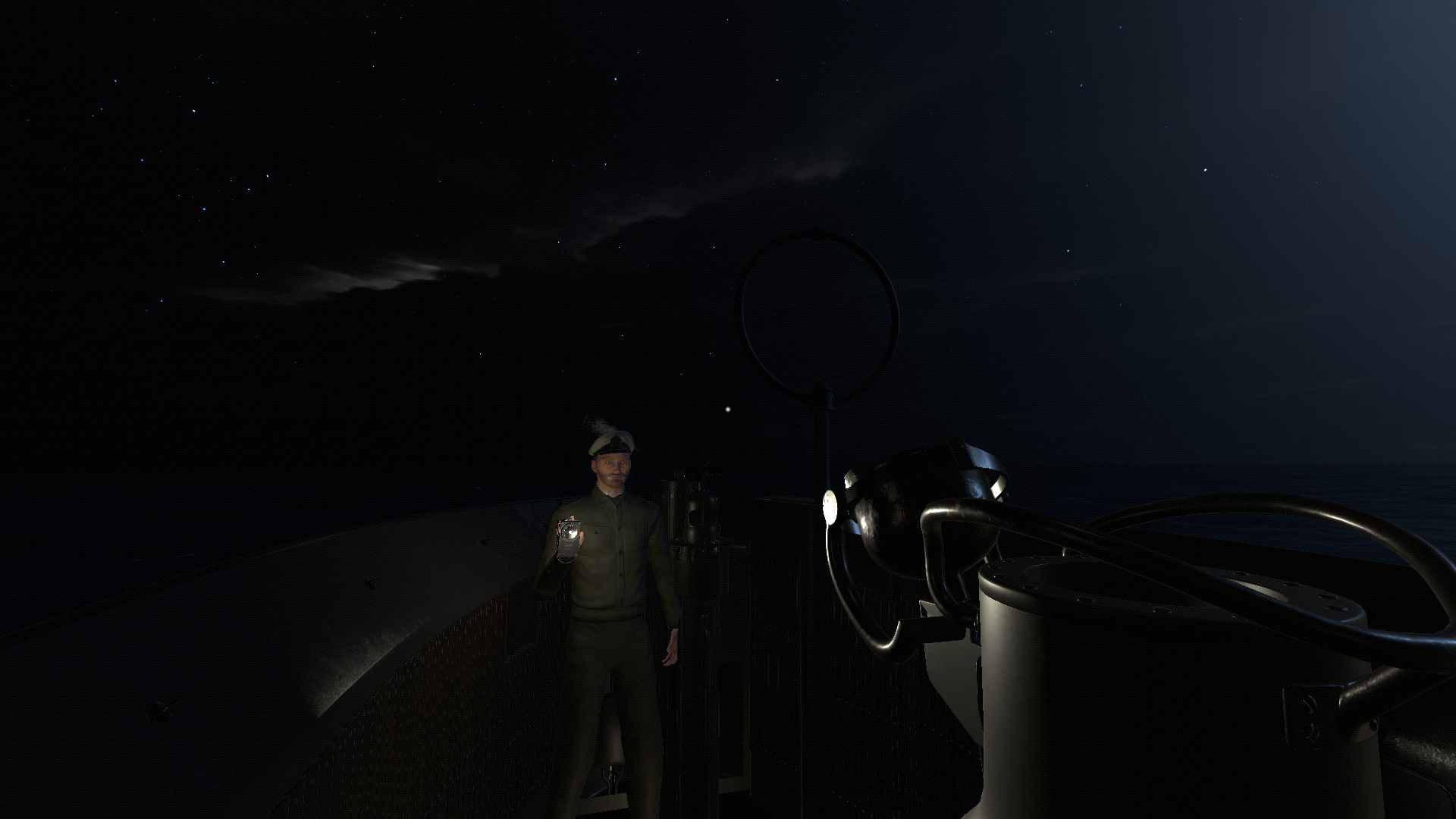 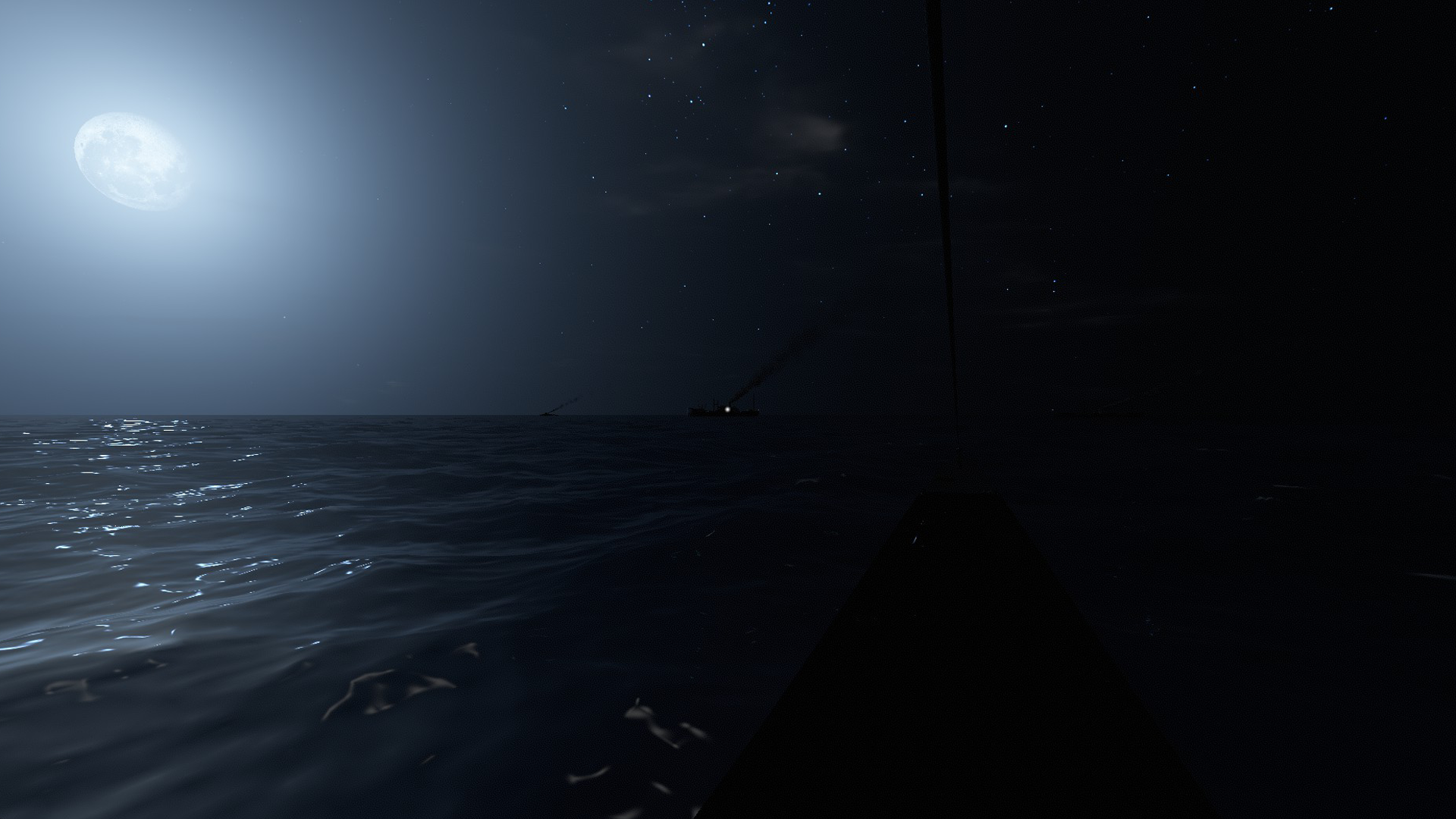 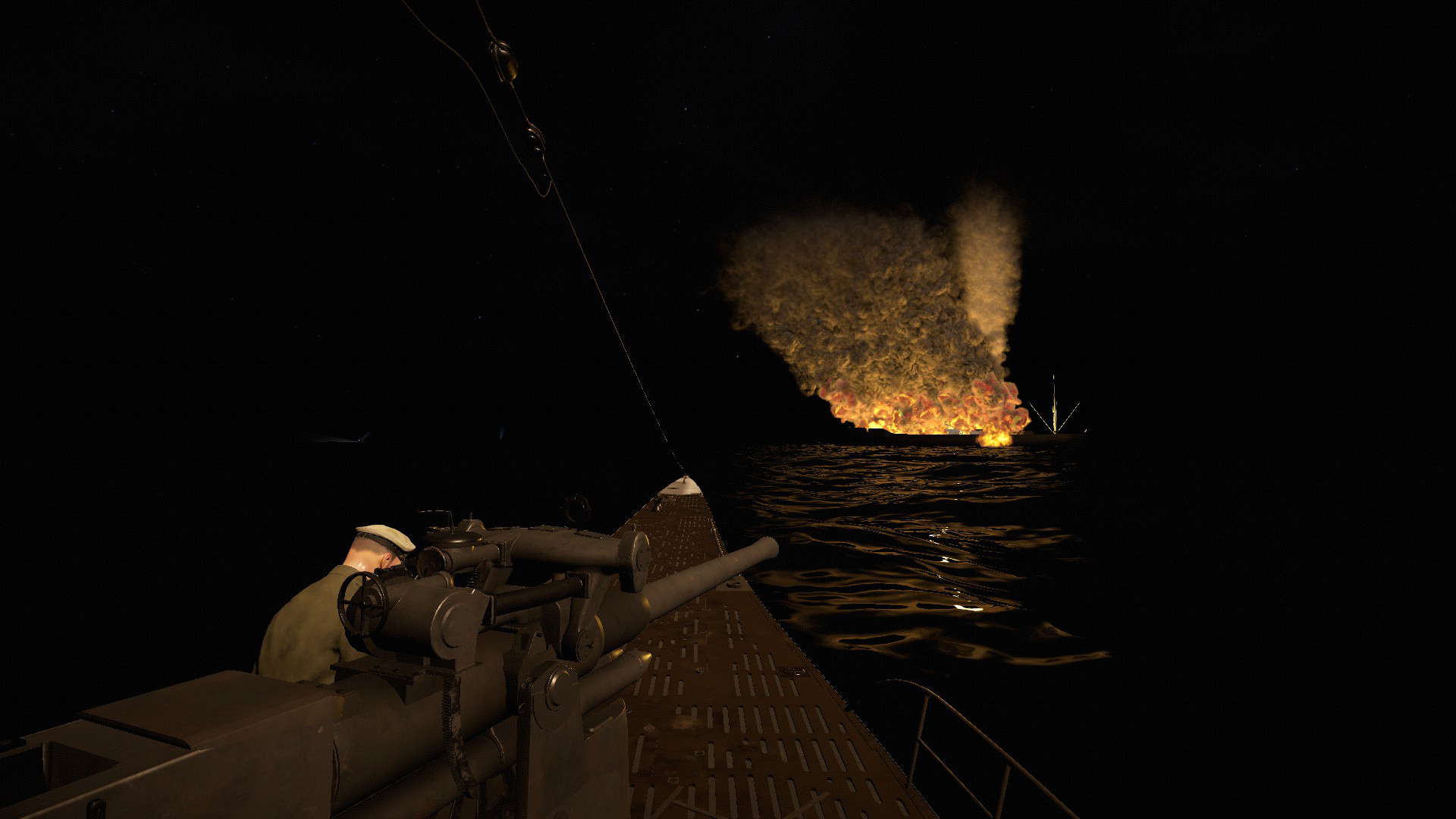 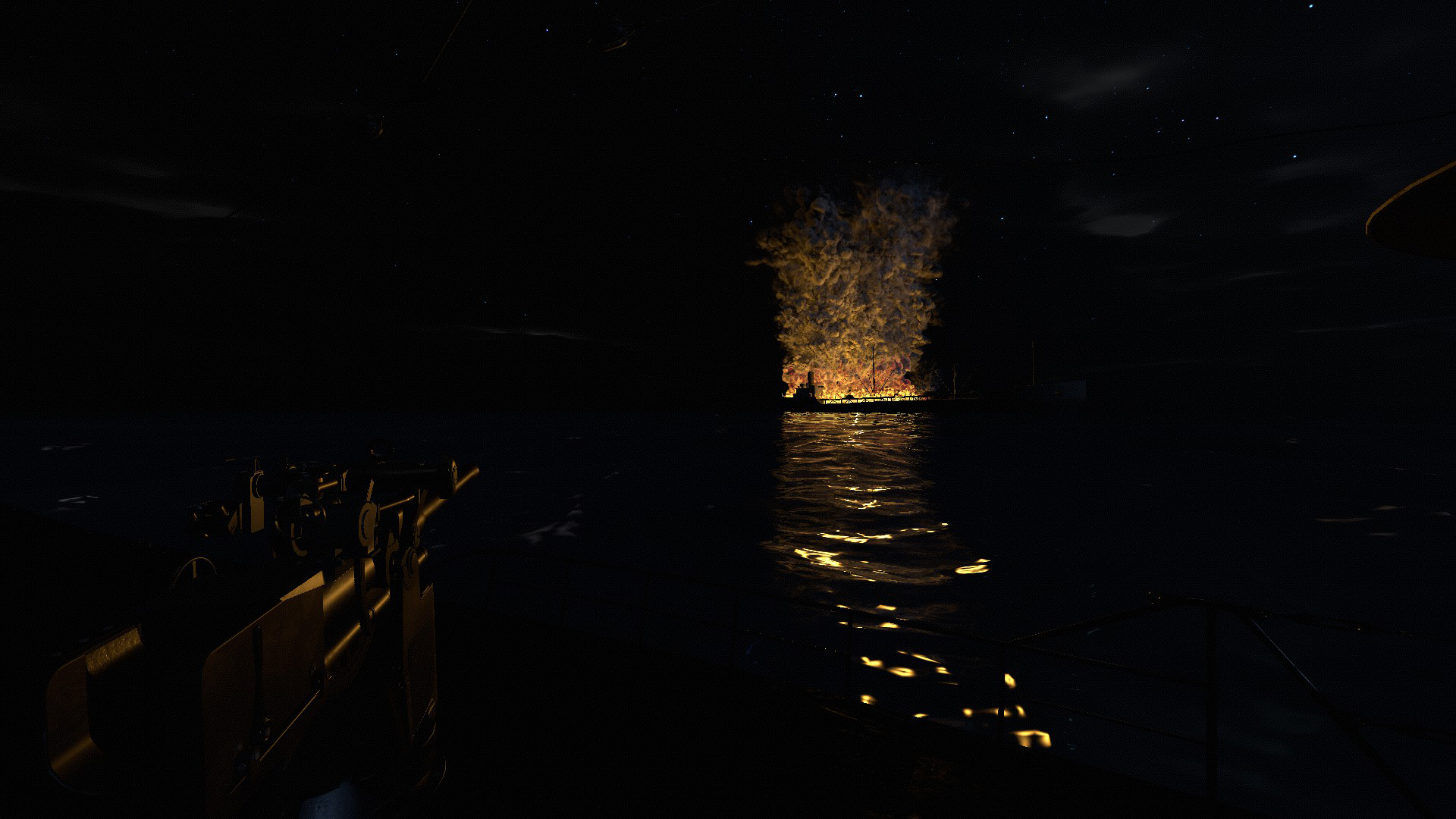 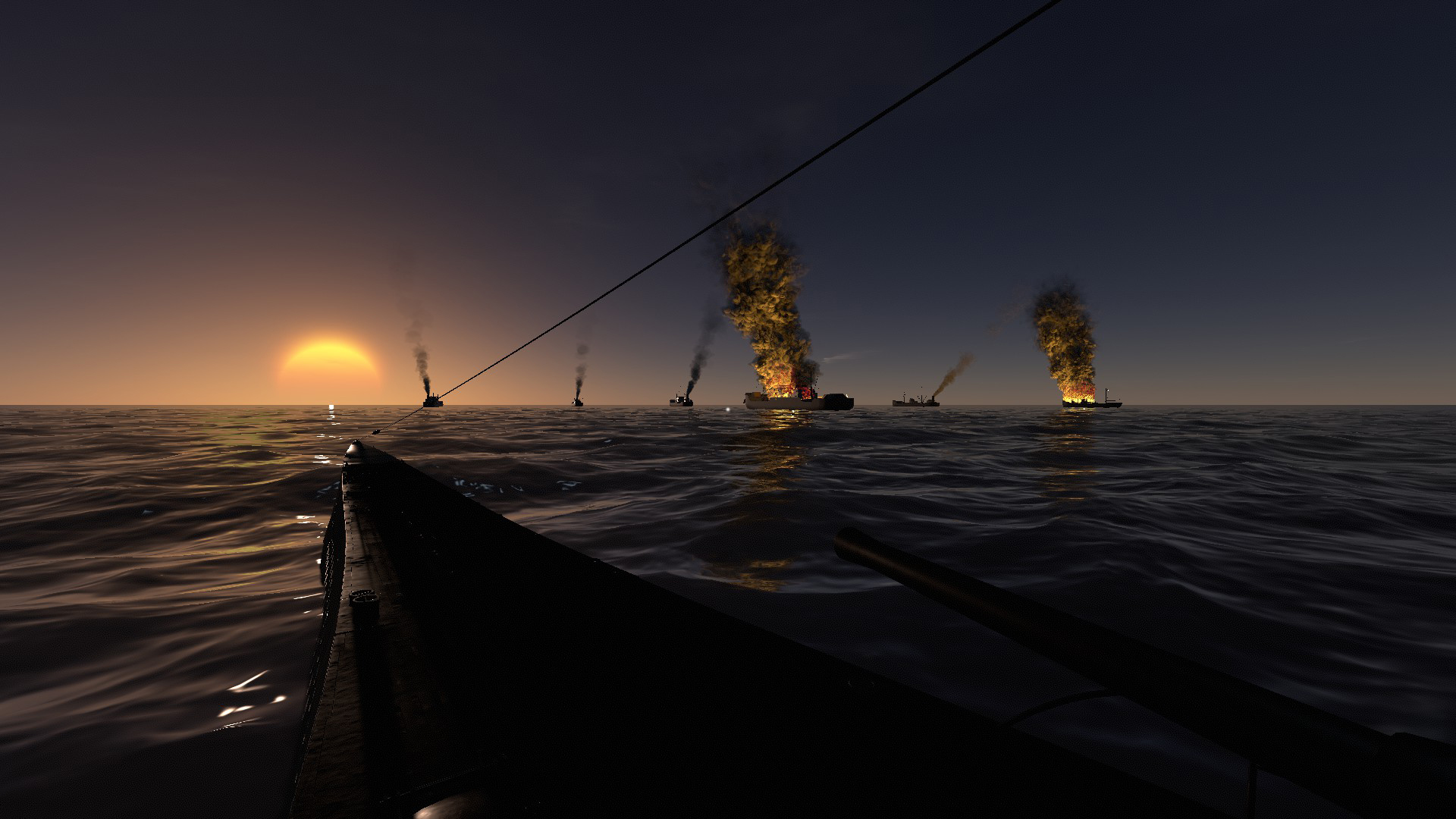 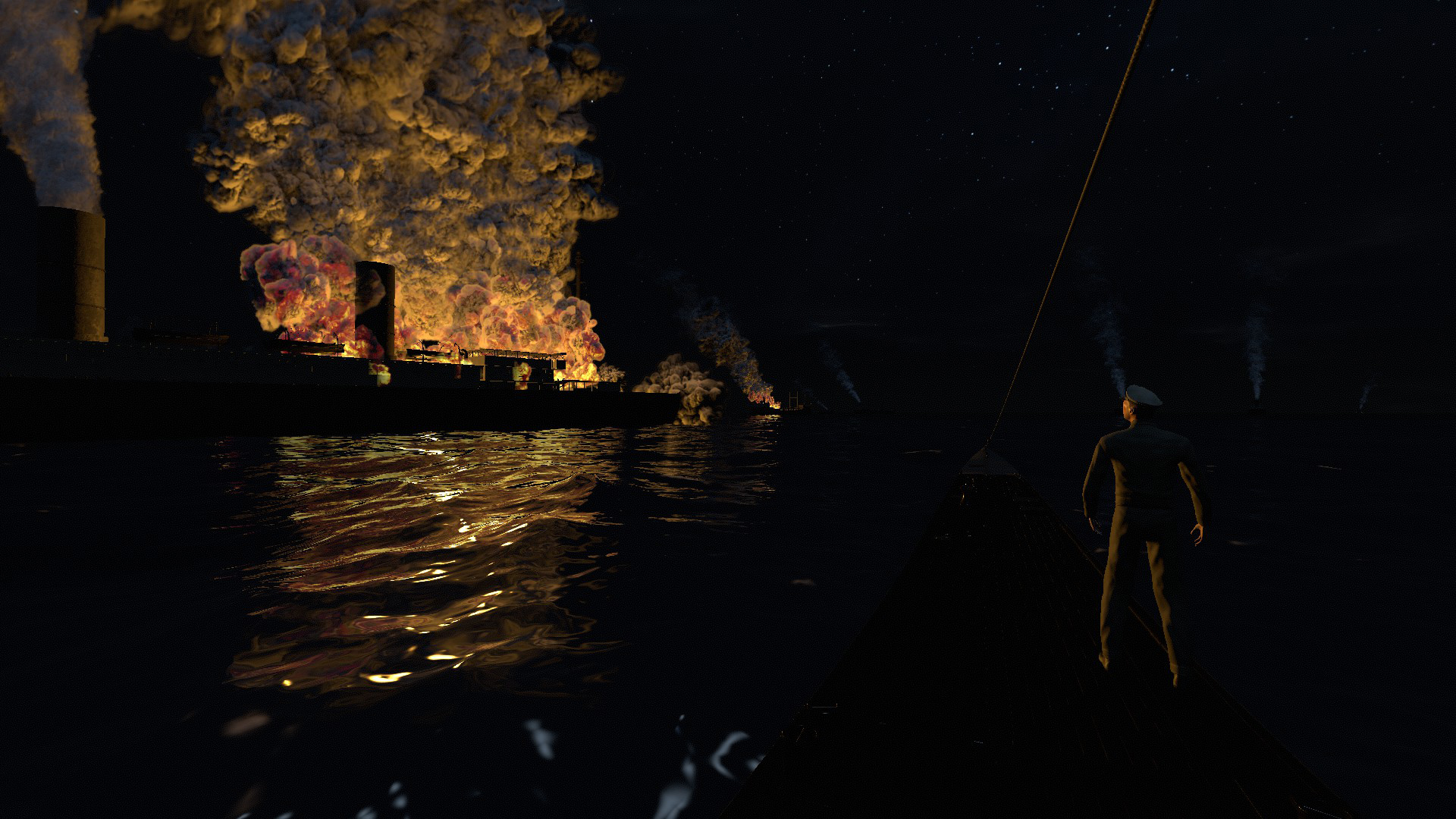 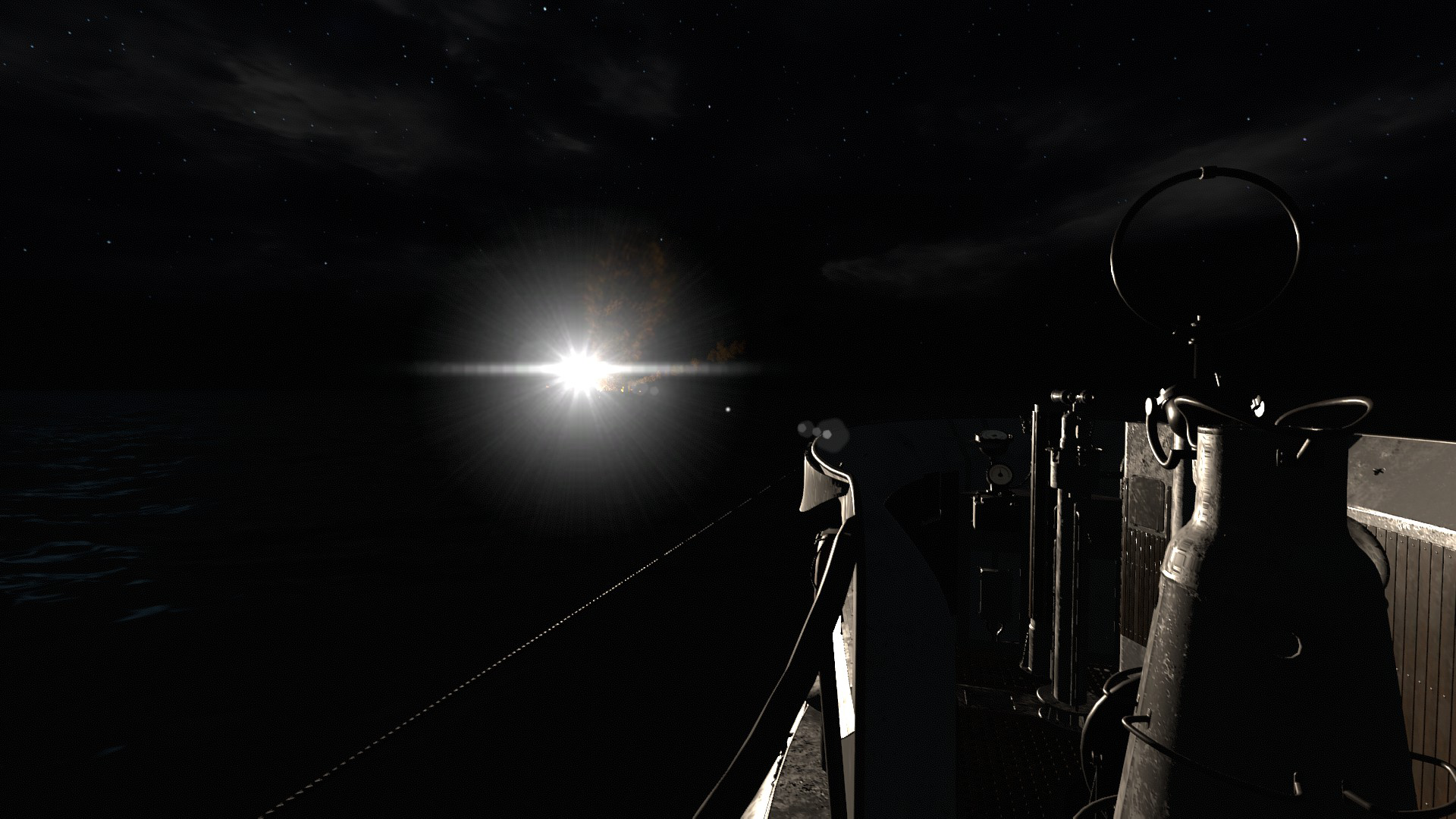 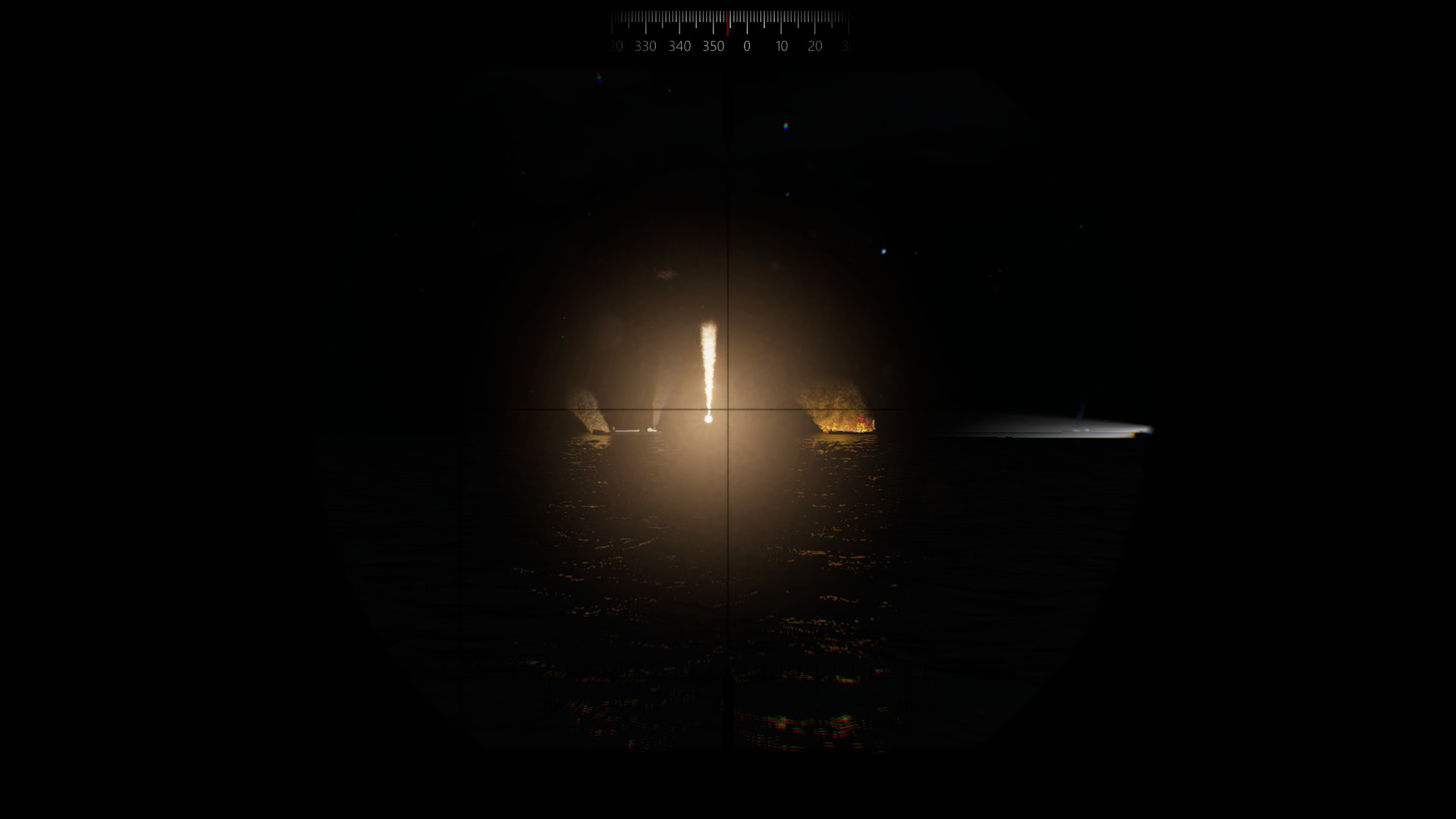 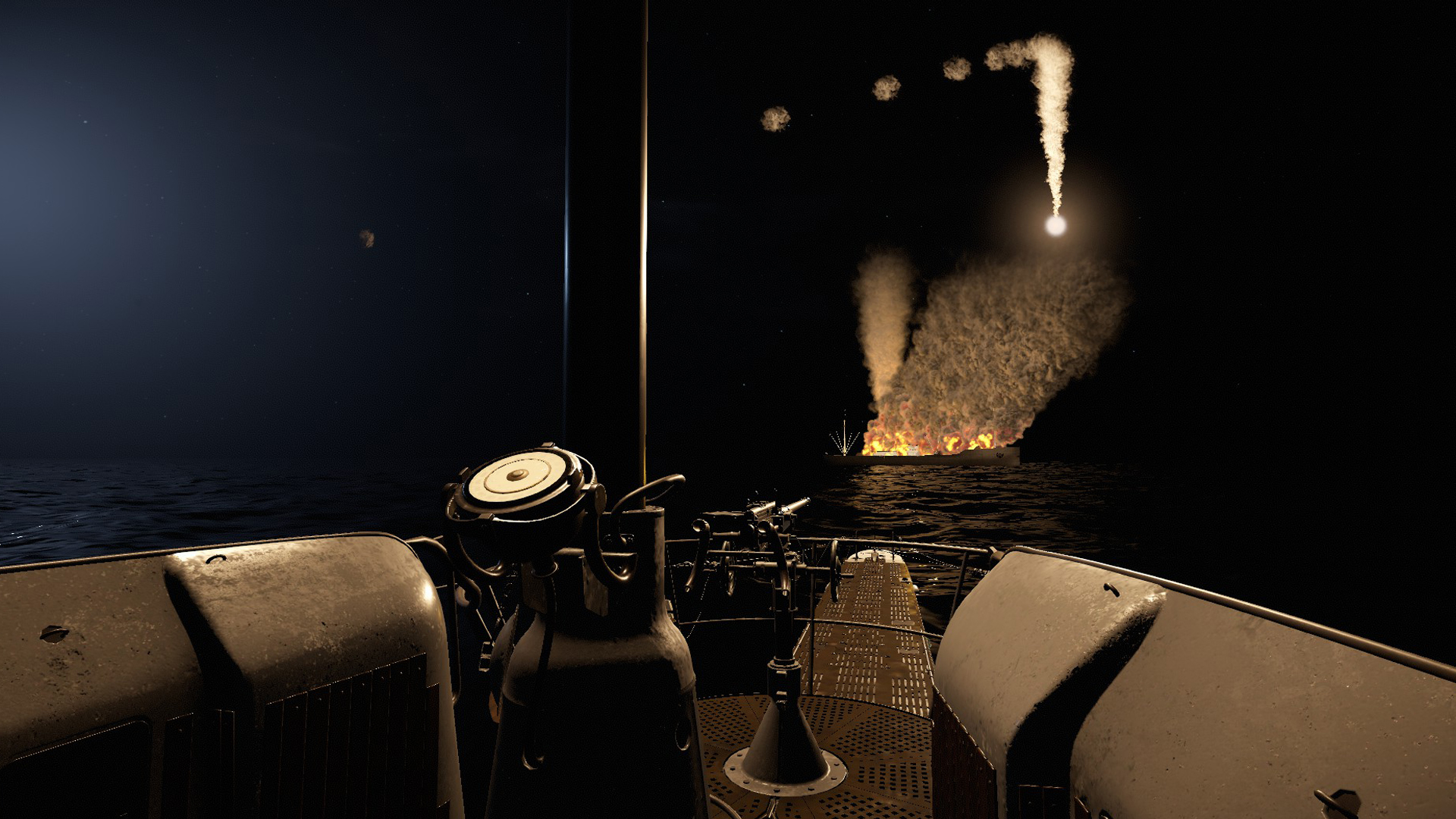 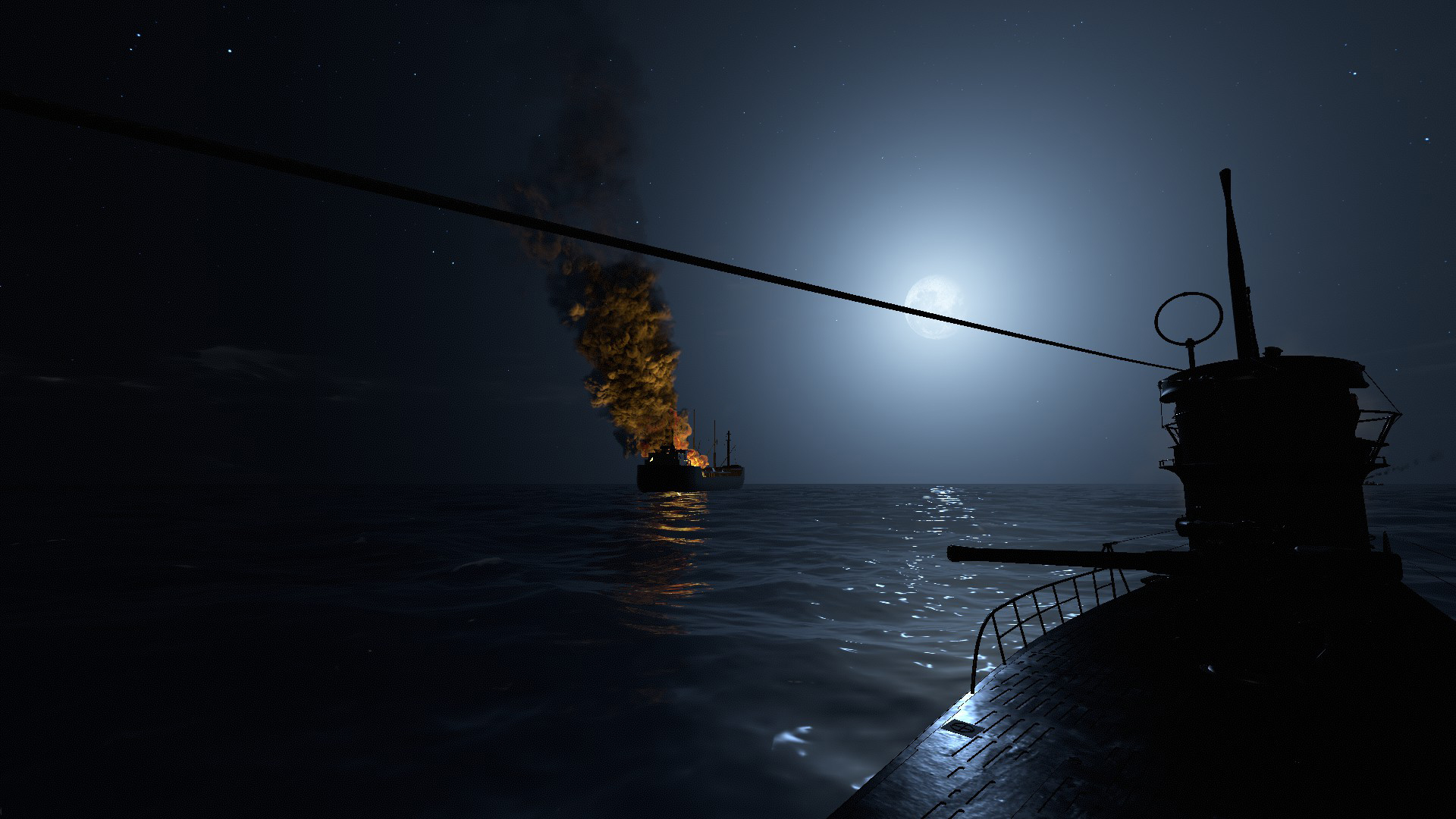